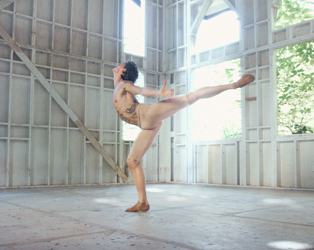 There will be an Open Captioned (OC) screenings on Mar 15th (18.20). Audio Description (AD) will be available on all screenings.

In 2014 Ukrainian ballet superstar Sergei Polunin conceived a dance to accompany Hozier’s hit song Take me to Church; it was a sensation, immeasurably broadening Polunin’s popularity.

Beginning with his impoverished childhood, Steven Cantor’s documentary charts Polunin’s success at the Royal Ballet where, at age nineteen, he became their youngest lead performer, before self-destructive behaviour led to a public fall from grace.

The emotional core of Cantor’s film lies in the sacrifices Polunin’s family made to pay for his mounting expenses, which led ultimately to divorce and estrangement that affected the Polunin throughout his career.