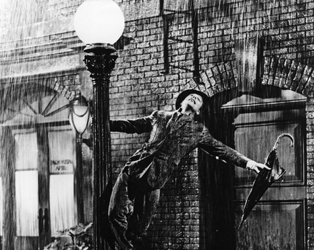 Although only a modest success when first released, Singin’ in the Rain has become one of the most enduring and beloved of musicals. The film is set in the late 1920s, when stars Don (Gene Kelly) and leading lady Lina (Jean Hagen), whose off-screen chemistry is very different from that displayed onscreen, must adapt to the new technology of film sound, with so little success in Lina’s case that she must be dubbed by newcomer Kathy (Debbie Reynolds). A love triangle and many iconic moments ensue in what is frequently cited as the greatest musical ever made.

Róise Goan, arts programmer and producer, will introduce the film.