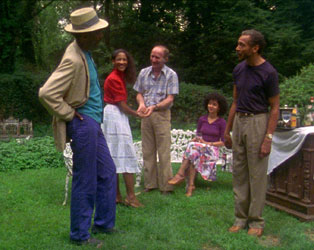 Screening to coincide with International Women’s Day, Kathleen Collins’s Losing Ground was one of the first features to be directed by a black american woman. Largely forgotten for the last 35 years, the film resurfaced In 2015, finally getting a release and its deserved critical acclaim – from Charles Burnett, Ashley Clark, Richard Brody, and A.O. Scott among others. Taking place over the course of a summer, Losing Ground follows philosophy lecturer Sara (Seret Scott) and her artist husband Victor (Bill Gunn) who decide to rent a house in upstate New York whereupon strains in the marriage soon begin to materialise. (Notes by Alice Butler)