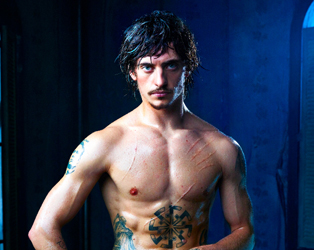 The Irish Film Institute proudly presents the Irish premiere of Dancer, followed by a Q&A and live performance by Sergei Polunin, brought to the big screen live via satellite.

Broadcast live from the London Palladium and directed by Academy Award nominee Steve Cantor, Dancer offers a uniquely personal portrait of a most singular man and dancer. Blessed with astonishing power and poise, Sergei Polunin took the dance world by storm and became the Royal Ballet’s youngest ever principal. At the peak of his success, aged 21, he walked away, driven to the brink of self-destruction by stardom – his talent more a burden than a gift.

From archive footage of Polunin training at the age of 4 to be an Olympic gymnast, to intimate material shot by both his parents, and in-depth interviews with family, friends, colleagues through to footage of Sergei’s life on and off the stage now, we witness every step of his journey. The film includes a special contribution from renowned photographer and director David LaChapelle, who in 2015 shot Polunin’s dance to Hozier’s ‘Take Me to Church’ and generated over 10 Million YouTube views within two months of its release online.

Dancer is an unprecedented look into the life of a complex young man who has made ballet go viral.