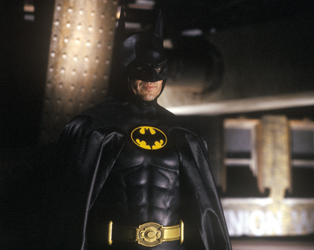 Tim Burton’s Batman represented a seismic change in its serious approach to a comic book character, the success of which laid the groundwork for the ongoing success of similar adaptations. Bruce Wayne (Michael Keaton), who as a child witnessed the murder of his parents, has devoted his life to fighting crime under the guise of the vigilante Batman. An encounter with hood Jack Napier (Jack Nicholson) leads to Napier’s reinvention as the Joker, who embarks on a campaign of murder and chaos against Gotham City that must be stopped in Burton’s Gothic epic.