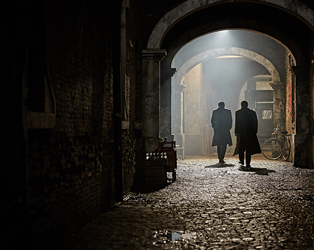 From the director of I Saw the Devil (2010), The Age of Shadows is a stylish spy thriller set against the backdrop of the Japanese occupation of Korea in the 1920s. Lee Jung-chool is a Korean with the rank of captain in the Japanese-run police force. Tasked with capturing resistance leaders when intelligence is received of a plot to smuggle explosives into the country, he is paired with Japanese detective Hashimoto, who is deeply suspicious of his partner’s loyalties. The investigation leads Jung-chool to his opposite number, the charismatic Kim Woo-jin, and so begins a battle of wits between the two men.

Duplicity and intrigue abound as the game of cat-and-mouse unfolds, building tension as characters’ motivations and agendas are constantly called into question in this tense, gripping thriller that also contains some bravura action set-pieces.