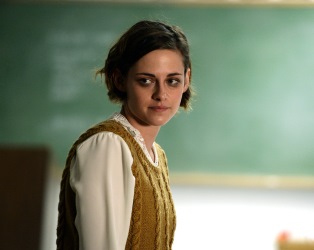 Tickets are now on sale. This film closes on Thursday March 16th.

A lawyer (Laura Dern) attempts to divest herself of a malingering client (Jared Harris) with alarming results, a mother (Michelle Williams) is building a bespoke family home and has designs on a stockpile of vintage sandstone bricks belonging to an elderly friend, and in the last segment Jamie (Lily Gladstone) is a ranch hand working in isolation through the harsh winter months who becomes infatuated with Beth (Kristen Stewart), a young lawyer teaching a night class that Jamie stumbles upon. Reichardt’s visual lyricism and empathy for her characters is evident throughout.