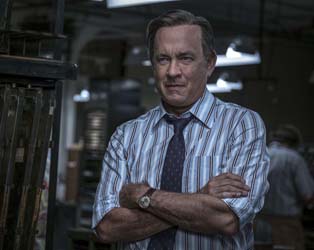 2018 has arrived, and there’s loads to come at the Irish Film Institute in January. Read on for a full rundown of our general releases, special events and work with First Fortnight.

1st MON – MOLLY’S GAME PREVIEWS
From the 1st of January to its general release on January 5th, we’ll be previewing Molly’s Game. Acclaimed writer Aaron Sorkin (The Social Network, The West Wing) makes his directorial debut in this film based on a true story starring Jessica Chastain as Molly, a women being investigated for illegal activity around poker games.

4 TH THURS – 19.30 | WALK WITH ME PREVIEW +Q&A
Our first screening of new documentary about mindfulness master Thich Nhat Hanh, screening in association with First Fortnight. This screening will be followed by a Q&A with directors Marc J. Francis and Max Pugh.

6TH SAT – 16.00 | FIRST FORTNIGHT: THE DEPARTURE + THROWLINE (SHORT)
A former punk turned Buddhist priest in Japan who has made a career out of counselling suicidal people finds himself at a crossroads, leading him to confront the same question his patients ask him: what makes life worth living? This screening will include a panel discussion with David O’Mahony (IFI) and JP Swaine (First Fortnight).

6TH SAT – 18.40 | FROM THE VAULTS: THE DEAD
Join us for our now annual visit on the Feast of the Epiphany to the household of the Misses Morkan as they host New Year’s dinner in John Huston’s pitch-perfect adaptation of James Joyce’s The Dead. The film will be introduced by Dr Tony Tracy, Director: Huston School of Film & Digital Media, NUI Galway.

10TH WED – 19.00 | ERIC CLAPTON: LIFE IN 12 BARS + SATELLITE EVENT
Told through his own words and songs, as well as those of his family, friends, musical collaborators – including BB King, Jimi Hendrix and George Harrison – Eric Clapton: Life in 12 Bars is a moving, revealing and surprising film. The screening will be followed by a conversation between Eric Clapton and the film’s director Lili Fini Zanuck, broadcast live from BFI Southbank.

13TH SAT – 16.00 | FIRST FORTNIGHT: 32 PILLS + HUM (SHORT)
A HBO documentary by Hope Litoff, 32 Pills tells the story of her sister Ruth’s death by suicide. Having discovered her sister’s notes and artwork in her Manhattan loft, Hope documents her sister’s struggles and her own in the aftermath of her death. This screening will include a panel with Brendan Kelly, hosted by JP Swaine of First Fortnight.

15TH MON – 18.15 | ORDINARY PEOPLE: THE BIGGER PICTURE
Robert Redford’s directorial début stars Donald Sutherland and Mary Tyler Moore as an upper-middle-class Chicago couple grieving for the death of their eldest son in a boating accident. The screening will be introduced by Una Begley, Board member, First Fortnight.

16TH TUES – 20.45 | A WOMAN’S LIFE: FRENCH FILM CLUB
The film begins in rural Normandy of 1819; Jeanne (Judith Chemla), young and rather naïve, has returned from a convent education to live with her parents (played with effortless grace by Yolande Moreau and Jean- Pierre Darroussin), who arrange for her marriage to a local nobleman, Julien de Lamare (Swann Arlund).

19th FRI – 18.20 | THE FINAL YEAR + SAMANTHA POWER Q&A
The IFI welcomes former United States Ambassador to the United Nations Samantha Power to a special screening of The Final Year followed by a Q&A on Friday, January 19th at 18.20.

21ST SUN – 13.00 | MYSTERY MATINEE
Back for 2018, the IFI’s Mystery Matinee serves up a film that’s a complete surprise. It might be a brand new preview or something from the early days of cinema – find out for yourselves! Tickets just €5.

23 RD – 18.30 | ANDREY ZVYAGINTSEV: ELENA
With his third feature, Zvyagintsev moved away from the shadow of Tarkovsky and into territory more familiar to the likes of Claude Chabrol. Elena (Nadezhda Markina) is a woman from a poor background who has married Vladimir (Andrey Smirnov), an elderly business tycoon who she met while working as a nurse in the hospital in which he was staying.

25TH THURS – 20.20 | NIGHT OF IDEAS 2018: THE RUSSIAN REVOLUTION THROUGH ITS FILMS + PANEL DISCUSSION
Emmanuel Hamon’s documentary tells the story of this period through films produced between 1917 and 1934. This Irish première will be followed by a panel discussion featuring director Emmanuel Hamon, screenwriter Thomas Cheysson, Dr Ailise Bulfin of UCD, and Donald Clarke of The Irish Times that will explore the use of images and technology as agents of social and political change.

26TH FRI – 11.00 | WILD STRAWBERRIES: HUNT FOR THE WILDERPEOPLE
Sam Neill goes full curmudgeon as Hector, living in the wilds with his kindly partner, Bella, who takes on tearaway, would-be gangsta, foster child Ricky. Wild Strawberries is our film club for over 55s. Tickets: €4.25 including regular tea/coffee before the event.

27TH SAT – 16.00 | TRADFEST 2018: NOEL HILL: AISLING GHÉAR
A searing portrait of one of Ireland’s most renowned traditional musicians, concertina player Noel Hill, as he recovers from a serious assault that left him a battered shadow of his former self.

28th SUN – 11.00 | IFI FAMILY: IFI FAMILY FESTIVAL SHORTS
From the 2017 IFI Family Festival programme, we have chosen a selection of favourite European short films to start 2018 with a smile. Coming from Ireland, Russia, the Netherlands, Norway and the UK, this collection includes live-action, drawn, and stop-motion animation.

28TH SUN – 17.30 | ANDREY ZVYAGINTSEV: THE RETURN
In this enigmatic and powerful film, fifteen-year-old Andrey (Vladimir Garin, who died tragically shortly after filming was completed) and his younger brother Ivan (Ivan Dobronravov) are surprised at the sudden reappearance of their father (Konstantin Lavronenko) following a decade-long absence.

28TH SUN – 19.40 | ANDREY ZVYAGINTSEV: LOVELESS + Q&A
A prosperous Moscow couple are in the final stages of separating; caught in the crossfire is their neglected twelve-year-old son who is treated as an inconvenience in the carve-up of their discordant lives. His parents fail to shield him from their mutual disgust, selfishness and constant fighting and barely notice when he doesn’t come home from school and is declared missing. Followed by a Q&A with the director.

30 TH TUE – 18.30 | FEAST YOUR EYES: THREE BILLBOARDS OUTSIDE EBBING, MISSOURI
A special screening of the new film from Martin McDonagh (In Bruges, Seven Psychopaths) starring Frances McDormand followed by a main course at the IFI Café Bar, all for just €20.

30TH SUN – 19.40 | ANDREY ZVYAGINTSEV: THE BANISHMENT
Premiered in competition at Cannes, The Banishment is an adaptation of Armenian-American writer William Saroyan’s 1953 novel The Laughing Matter, and attracted further comparisons with Tarkovsky for its plentiful use of religious symbolism.

31 ST WED – 11.00 | WILD STRAWBERRIES: HUNT FOR THE WILDERPEOPLE
Sam Neill goes full curmudgeon as Hector, living in the wilds with his kindly partner, Bella, who takes on tearaway, would-be gangsta, foster child Ricky. Wild Strawberries is our film club for over 55s. Tickets: €4.25 including regular tea/coffee before the event.

31 ST WED – 20.20 | ANDREY ZVYAGINTSEV: LEVIATHAN
An epic tale of political corruption with biblical overtones, Leviathan is Zvyagintsev’s most ambitious film to date and a deserving winner of the Best Screenplay award at Cannes.