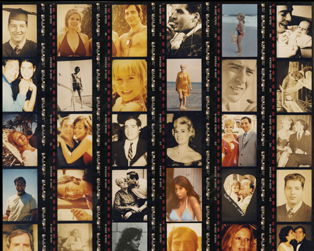 Screening as part of First Fortnight 2018.

This screening will include a panel with Brendan Kelly, Professor of Psychiatry at Trinity College Dublin and Nathan Fagan, director of the short film Hum, hosted by JP Swaine of First Fortnight.

A HBO documentary by Hope Litoff, 32 Pills tells the story of her sister Ruth’s death by suicide. Having discovered her sister’s notes and artwork in her Manhattan loft, Hope documents her sister’s struggles and her own in the aftermath of her death.

The film aims to start a conversation about stigma surrounding mental health issues and supports for those struggling and those bereaved.

32 Pills will be preceded by the short film Hum. Diagnosed at 19 with schizoaffective disorder – described as the “unhappy marriage between bipolar and schizophrenia” – Kevin Nolan began writing music to regain some of the freedom he’d lost due to illness. Hum is an intimate, music-fuelled tour of Kevin’s world.