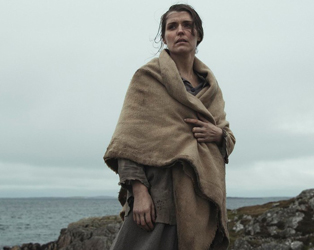 October at the IFI

September 29th 2021: This October, the Irish Film Institute (IFI) presents a line-up of Irish and international new releases at the IFI, including Arracht and The French Dispatch. The annual IFI Horrorthon festival will take place this year from October 22nd – 25th, with a spine-chilling variety of horror films available to view in IFI Cinemas and online on IFI@Home nationwide.

Coming to the IFI this month is a wide-ranging selection of international features, including Gagarine, which centres on 16-year-old Yuri who lives inside the soon-to-be-demolished Cité Gagarine and daydreams of becoming an astronaut, coming to IFI Cinemas on Friday 1st. Opening at the IFI from Friday 8th is My Little Sister, following a once-brilliant and renowned playwright as she strives to get her ill twin brother back onto the stage; Sweetheart, where seventeen-year-old AJ becomes smitten with the free-spirited Isla while on an unappealing family staycation; and The Man Who Sold His Skin, which focuses on impulsive Sam Ali as he agrees to a bizarre and life-changing deal in an attempt to gain freedom. My Little Sister and Sweetheart also screen on IFI@Home from Friday 8th and Monday 25th respectively.

The Invisible Life of Euridice Gusmao, which sees the forced separation of two sisters have consequences that echo down through generations, and Never Gonna Snow Again, telling the tale of masseuse Zhenia, who is treated as a confidante by his clients while hiding secret talents behind a stoic façade, are both available to watch in IFI Cinemas from Friday 15th. Screening in our Temple Bar venue from Friday 29th is Azor, centring on private banker Yvan as he finds himself untangling a sinister web of colonialism, high finance, and a nation’s ‘Dirty War’.

This month, three thought-provoking documentaries will screen in IFI Cinemas. Following its screening at IFI Documentary Festival 2020, Oliver Sacks: His Own Life (also screening on IFI@Home) tells the story of a beloved neurologist and writer who redefined our understanding of the brain and mind, and screens in the IFI from Friday 1st. Screening from Friday 15th is The Velvet Underground, a new documentary from director Todd Haynes that explores the multiple threads that converged to bring together one of the most influential bands in rock and roll. Arriving in IFI Cinemas on Friday 29th, new documentary The Rescue chronicles the dramatic 2018 rescue of 12 Thai boys and their soccer coach, trapped deep inside a flooded cave.

October sees the highly-anticipated release of Arracht, showing the tale of an Irish fisherman on the run after being wrongfully blamed for the murder of a landlord, screening from Friday 15th. Screening from Friday 22nd, acclaimed director Wes Anderson’s latest piece The French Dispatch sees a team of magazine writers recount their newest stories to their editor. Passing, starring Ruth Negga and Tessa Thompson, explores the idea of ‘passing’ as another racial identity and screens at the IFI from Friday 29th. As part of the EAFFI Discoveries series, the IFI will be hosting a special screening of Dwelling in the Fuchun Mountains, Chinese filmmaker Gu Xiaogang’s debut feature which shows the story of four brothers and the connections they have with their surroundings, in-cinema on Wednesday 13th.

In classics, the IFI is delighted to be screening a new 4K re-release of Kurosawa masterpiece Seven Samurai. Focusing on a small farming community that is forced to hire mercenary samurai, as protection from bandits plundering their crops, this epic screens from Friday 29th.

From Friday 22nd to Monday 25th, the IFI sees the return of the annual IFI Horrorthon, taking place this year both in our Eustace Street home and on our online platform IFI@Home and offering a line-up of 26 new horror feature films from Ireland to Kazakhstan and beyond, including Korean thriller Midnight on Friday 22nd; Guillermo Del Toro-produced Antlers; folk horror-focused documentary Woodlands Dark and Days Bewitched on Saturday 23rd; and new Irish horror Bring Out The Fear on Monday 25th.

FROM FRIDAY 1ST
Gagarine
Oliver Sacks: His Own Life

FROM FRIDAY 22ND
The French Dispatch