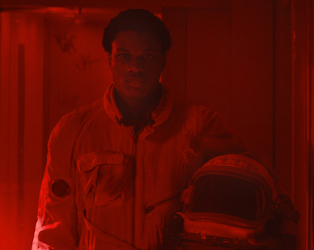 Yuri, an introverted 16-year-old with a highly developed imagination, has lived all his life in Cité Gagarine, an imposing red brick housing project on the outskirts of Paris. From the lofty heights of his apartment, he daydreams of becoming an astronaut, inspired by his namesake, and Gagarine’s too, the Soviet cosmonaut Yuri Gagarin. When plans to demolish the now dilapidated complex are leaked, Yuri joins with his two friends on a mission to save their beloved home from the wrecking ball. In a fantastical turn, Yuri imagines transforming Gagarine into his very own spaceship. Wildly imaginative and visually intoxicating, Fanny Liatard and Jérémy Trouilh’s debut feature, which was included in the Official Competition for the cancelled Cannes Film Festival of 2020, is an irresistible flight of fantasy concocted from the real-life demolition of Cité Gagarine in August 2019.