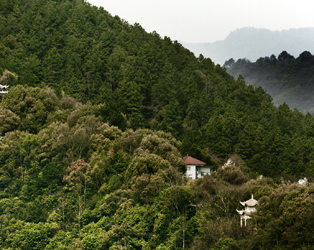 Chinese filmmaker and screenwriter Gu Xiaogang’s debut feature, commences a trilogy set in his hometown of Fuyang, south-east China. Fuyang is going through dramatic changes – a humble place now being overwhelmed by social and economic upheavals as it transforms into a district of Hangzhou City, capital of Zhejiang Province and the city that will host the 2022 Asian Games.

Working with local people, family and friends, and shot over the course of two years, Xiaogang tells the story of four brothers, and the profound connections they have with their surroundings, played out against the backdrop of the changing seasons, the life of the river, and the immense and emotional transformation of the city. Xiaogang creates a strikingly beautiful film, full of sweeping long takes and breath-taking scenery, all crafted with meticulous detail.