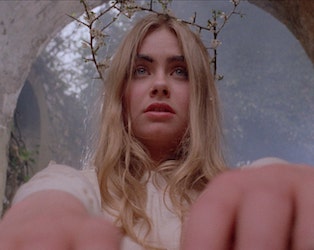 Kier-La Janisse, noted writer and expert academic on horror, presents this detailed and illuminating documentary tracing the development of the sub-genre from films such as Witchfinder General (Michael Reeves, 1968) and The Wicker Man (Robin Hardy, 1973) to its international evolution and recent films such as Midsommar (Ari Aster, 2019).