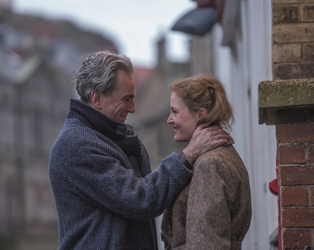 Spring at the IFI is Buzzing with Screenings and Events

With awards season well and truly in full swing, there has been an embarrassment of riches on offer in recent weeks, and February sees the release of some of the most critically acclaimed and hotly-anticipated films of the year including Greta Gerwig’s directorial début Lady Bird, Daniel Day-Lewis’s final film, Phantom Thread, legendary director Guillermo del Toro’s The Shape of Water, and the story of disgraced figure skater Tonya Harding, I, Tonya. As part of the IFI’s ongoing commitment to accessibility, each of these films will have Audio Description available on selected screenings, as well as designated Open Captioned screenings. More information on the IFI’s accessible events is available here.

IFI partners once again with the Audi Dublin International Film Festival to bring you a series of screenings showcasing the very best of Irish filmmaking talent. This year’s programme also features a look at the work of Irish-American production designer Cedric Gibbons, and a practical Careers in Film Day for second-level students, showcasing the opportunities available in the Irish film industry.

Director Mercedes Grower will attend a special screening of her début film Brakes on Saturday 3rd, followed by a Q&A. Featuring an ensemble cast of comedy greats including Julia Davis, Noel Fielding, and Julian Barratt alongside actors such as Kerry Fox, Paul McGann, and Kelly Campbell, this largely improvised film is by turns touching and very funny. Running the gamut of relationships and their endings, it is a film bound to resonate with audiences.

Following the success of Fortune’s Wheel about Bill Stephens, the Fairview Lion Tamer, director Joe Lee focuses now on another Dublin neighbourhood, Inchicore, in his new documentary Barracks Square Estate. The film will screen on Tuesday 6th and will be followed by a Q&A with Lee and key contributors to the film.

This month’s Bigger Picture choice will be Atom Egoyan’s Oscar-nominated masterpiece The Sweet Hereafter, presented by the IFI Press and Marketing Manager Stephen Boylan on Tuesday 13th. The film is an unforgettably moving look at loss, grief and the nature of blame, as a small town tries to recover from an unspeakable tragedy.

As romance blossoms in February, the IFI will celebrate Valentine’s Day with screenings of Bound and Weekend, both deeply romantic films, while From the Vaults, our monthly strand of films from the IFI Irish Film Archive, presents a special screening of A Love Divided the same evening, introduced by actor Orla Brady.

Celebrate Chinese New Year on Monday 19th with a screening of Jia Zhang-Ke’s Platform, in which a group of young, idealistic members of a Chinese performing arts troupe confront the seismic social, economic and cultural transformation of 1980s China.

With a busy calendar of our regular strands, plus exclusive releases of Journey’s End, a poignant drama of life and death in the trenches of World War I; Makala, an extraordinary piece of documentary observation and winner of Best Film at the 2017 Cannes Film Festival’s Critics’ Week; and Glory, a biting satire of class, power and corruption in contemporary Bulgarian society, there’s something for everyone at the IFI this February.