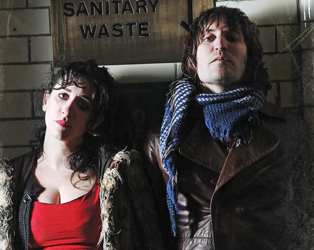 The IFI is delighted to welcome director Mercedes Grower, who will take part in a post-screening Q&A.

The first feature from director Mercedes Grower, Brakes takes an unconventional approach to romantic comedy, beginning as it does with the final breakup of nine relationships before rewinding to recount the moment of that initial spark that set the couples on their paths.

Featuring an ensemble cast of comedy greats including Julia Davis, Noel Fielding, and Julian Barratt alongside actors such as Kerry Fox, Paul McGann, and Kelly Campbell, this largely improvised film is by turns touching and very funny. Running the gamut of relationships and their endings, it is a film bound to resonate with audiences.