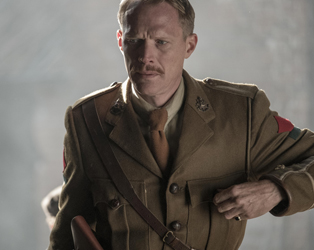 The company is joined by the naïve young Second Lieutenant Raleigh (Asa Butterfield), who requested assignment to Stanhope’s command because the two attended the same school.

R.C. Sherriff’s poignant drama of life and death in the trenches of World War I, first performed on-stage starring a young Laurence Olivier in 1928, and filmed in 1930 by James Whale, is faithfully adapted by director Saul Dibb in this restrained production that retains the deep sadness of the play and wisely resists contemporary embellishments. (Notes by David O’Mahony.)