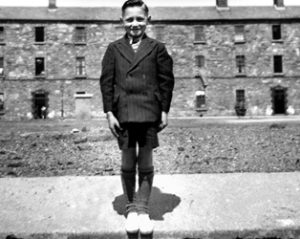 This screening will be followed by a Q&A with director Joe Lee and key contributors to the film.

Following the success of Fortune’s Wheel (about Bill Stephens, the Fairview Lion Tamer), director Joe Lee focuses now on another Dublin neighbourhood, Inchicore, to tell the extraordinary story of life as lived over 200 years in Richmond Barracks, Keogh Square and St Michael’s Estate.

Located a little over three miles from Dublin city centre, the area has seen dramatic changes over this period, both in the built environment and in the population which has variously included British army troops, 1916 prisoners and, most recently, regular citizens.

The primary storytellers in the film are the people who have lived and grown up here. By telling the intimate stories of these buildings and streets, vividly illustrated through personal and community archives, the film reveals a social and political history of Dublin and offers a timely reflection on Ireland’s changing urban landscape.