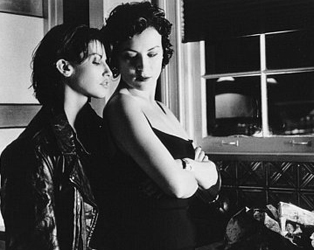 The first feature from Lana and Lilly Wachowski is the noir-inflected story of Violet (Jennifer Tilly) and lover Corky (Gina Gershon), who hatch a plan to rob $2 million from the former’s boyfriend, Mafia money launderer Caesar (Joe Pantoliano). On its release, Bound received praise not just for its undoubted style, but also for its credible portrayal of gay female characters.