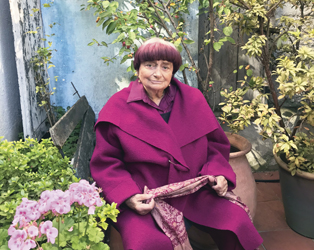 June 27th 2019: A star-studded July continues a busy summer at the Irish Film Institute (IFI) with a full retrospective of the films of iconic French director Robert Bresson, special documentary events featuring the late musical titans Luciano Pavarotti and Leonard Cohen, and the final film from one of the world’s most admired and beloved filmmakers, Agnès Varda.

Despite a relatively small body of work made over the course of forty years, Robert Bresson remains one of France’s most influential filmmakers. Determined to differentiate cinema from theatre as an artform, he honed a style that eschewed the traditional use of elements such as scoring and professional performances. While his films are undeniably serious and frequently challenging, Bresson’s body of work is nonetheless one of the most sublime in cinema history.

The IFI will screen all thirteen of Bresson’s features, including The Trial of Joan of Arc, Au Hasard Balthazar and Pickpocket, with eight of them screening in 35mm. The season will open on Tuesday 2nd with Angels of Sin from 1943 and will finish on July 30th with 1983’s L’argent. The IFI is also delighted to welcome Jonathan Hourigan, Head of Screenwriting at the London Film School and assistant to Bresson on L’argent, who will introduce the film and host a post-screening discussion.

The IFI continues its run of special music-themed events with two new documentaries centred on two legends of the modern era. On Saturday 13th, Pavarotti, directed by Oscar winner Ron Howard, is a powerful look at the life, work and legacy of tenor Luciano Pavarotti. Pavarotti, who sold over 100 million albums in the course of his 50-year career, was most famously a member of The Three Tenors, alongside José Carreras and Plácido Domingo. The screening will be followed by a satellite Q&A.

Renowned songwriter Leonard Cohen passed away in November 2016, just three months after his former lover and muse Marianne Ihlen died. Their relationship is explored in Marianne and Leonard: Words of Love, a new film from acclaimed filmmaker Nick Broomfield. Featuring wonderful archival footage, the film follows their relationship from its beginnings on the Greek island of Hydra to its collapse under the weight of Cohen’s growing celebrity. The film opens at the IFI on Friday 26th, but a special preview on Tuesday 23rd will be followed by a recorded Q&A with director Broomfield.

The IFI Family Festival returns on Friday 26th with another fantastic three-day selection of films from across the world. As always, the festival will have an exciting opening night event, this year with a rainforest theme, plus its two ever-popular shorts programmes on Saturday morning. Erin McGathy will visit the festival on Sunday for a comedy event, while the foyer will be packed with fascinating objects from Japan and Australia. Tickets for all screenings cost €5.50 each, with a family ticket (2 adults and 2 children, or 1 adult and 3 children) available for just €16.50 per screening.

This month’s Irish Focus offering, on Monday 1st, is Johnny Gogan’s latest film, Prisoners of the Moon.  This drama/documentary tells the story of Arthur Rudolph, a scientist who played a key role in NASA’s historic 1969 moon landing. Rudolph became a key figure in NASA’s space race, but was arrested in Toronto in 1990 on suspicion of being a war criminal. The dramatised trial, featuring Jim Norton and Cathy Belton, animates this revelatory film which uses archive material and expert witness interviews. The screening will be followed by a Q&A with Gogan and writer Nick Snow.

The IFI’s Bigger Picture selection for July is Richard Eyre’s Oscar-winning film of the life of writer Iris Murdoch, Iris, starring Judi Dench, Jim Broadbent and Kate Winslet. The screening on Monday 15th coincides with numerous events around the city to commemorate the centenary of the writer’s birth in the Dublin suburb of Phibsborough.

The IFI Café Bar’s great value Meal Deal continues on Sundays, Mondays and Tuesdays where guests can avail of an IFI Café Bar main course and any standard screening ticket for just €19. Terrace @ IFI is now open Thursday to Saturday throughout the summer with a new food and drinks menu; the Terrace’s resident DJs supply beats every Friday evening from 19.00.

Tickets for all events are now on sale from www.ifi.ie. A special multi-film pass for the Robert Bresson retrospective is available directly from the IFI Box Office – 5 films for €45.