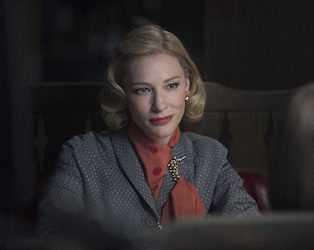 PATRICIA HIGHSMITH ON SCREEN AT THE IFI

July 1st, 2022: Patricia Highsmith on Screen begins in-cinema at the Irish Film Institute (IFI) tomorrow. The programme, which will run from July 2nd – 24th, includes an exciting and diverse range of films, demonstrating the complexity and creativity of the characters and worlds envisioned by Highsmith. This season will include ten screenings with a Q&A with the director of Loving Highsmith, a documentary which explores the author’s unpublished diaries, Eva Vitija.

The season begins with Alfred Hitchcock’s Strangers on a Train (1951), an adaptation of Highsmith’s first published novel, screening on Saturday 2nd. Released just one year after the publication of Highsmith’s debut, this psychological thriller marks the beginning of a writing career that would contribute significantly to the world of film as well.

From acclaimed director René Clément (The Battle of the Rails, Forbidden Games), Plein Soleil (1960), introduced by Tara Brady on Sunday 3rd, sees Highsmith’s work make a splash in European cinema. This adaption introduces the character of Tom Ripley on screen, a character who at once charms and frightens, who has been brought to life through several incarnations, including a later adaptation, The Talented Mr.Ripley (1999), screening at the IFI on Sunday 17th.

This Sweet Sickness (1977), starring Gérard Depardieu, depicts a twisted and complex relationship of deceit and desire. The darker side of marriage is depicted in Deep Water (1981), featuring Isabelle Huppert whose marriage permits her to carry out as many love affairs as she wishes, however a shroud of mystery surrounds these freedoms, with her partner transpiring to be not as tolerant as initially portrayed.

Highsmith’s writing has continued to be a source of inspiration for more recent adaptions, including films such as the award-winning Carol (2015), directed by Todd Haynes and The Two Faces of January (2014), directed by Hossein Amini. Carol is a poignantly beautiful period piece which explores the relationship between Carol (Cate Blanchette) and Therese (Rooney Mara), two people at very different life stages, who are drawn to each other. The Two Faces of January explores a married couple’s vacation to Greece that takes a turn for the worse when grifter Rydal (Oscar Isaac) crosses their path and becomes increasingly involved in their lives. Viggo Mortensen and Kirsten Dunst star as the titular two faces.

Concluding the season is a documentary looking more closely at the life of Highsmith herself, Loving Highsmith (2022), screening on Sunday 24th, and followed by a Q&A with the Swiss director Eva Vitija.

Tickets are on sale now from www.ifi.ie/highsmith

For more information and high-res images, contact Casey Hynes at the IFI Press Office on chynes@irishfilm.ie.