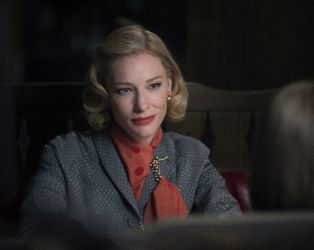 Highsmith’s second novel, The Price Of Salt, is an anomaly in her oeuvre: a semi-autobiographical, explicitly lesbian romance novel with a happy ending, published under a pseudonym that was not rescinded until 38 years after its original publication. In the hands of Todd Haynes, it became one of the most critically acclaimed and achingly beautiful films of recent years. In the early 1950s, Therese (Rooney Mara), unfulfilled in her career and (heterosexual) relationship, meets the glamorous Carol (Cate Blanchett), who is going through a divorce. The two become friends, then lovers, but the truth of their relationship threatens Carol’s access to her young daughter.