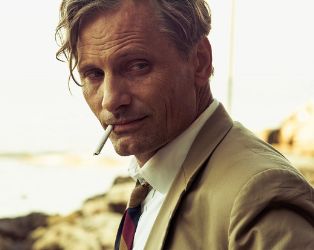 The directorial debut of the writer of Drive (Nicolas Winding Refn, 2011) sees Viggo Mortensen as con man Chester, married to Colette (Kirsten Dunst), with whom he is holidaying in Greece. There the two meet Rydal (Oscar Isaac), a grifter operating at a much lower level than Chester, who becomes involved in the couple’s affairs after discovering the older man with the corpse of a private investigator who had confronted him. As rivalry for Colette’s affections increases, the men are tied together into an almost father/son dynamic by further deaths. Amini’s sophisticated take on Highsmith’s novel makes for satisfyingly convoluted entertainment.