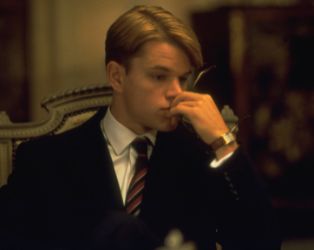 In her personal life, Highsmith was predominantly attracted to women, finding her sexual relationships with men largely unpleasant. Perhaps as a result, filmmakers have often perceived a homoerotic subtext in her work. Although she herself was adamant that the character of Ripley is not gay, Anthony Minghella’s adaptation certainly makes the possibility explicit as Matt Damon in the titular role pursues Jude Law’s Dickie Greenleaf around Europe. With a cast that also includes Gwyneth Paltrow, Cate Blanchett, and Philip Seymour Hoffman, this is a glossy affair that nevertheless sees Damon capture Ripley’s amoral nature to excellent effect in what is reputedly his favourite of his own films.