As with The Glass Cell, Deep Water centres on a troubled marriage in which matters quickly escalate for the worse. Vic (Jean-Louis Trintignant) and his much younger wife Mélanie (Isabelle Huppert) have reached an arrangement whereby he takes care of their daughter while she indulges in torrid affairs, seemingly with his consent. However, Vic is less tolerant than his outward appearance would suggest. Highsmith imbues the relationship with mystery, as the viewer’s curiosity regarding individual motivations and the power dynamics within the marriage mount. Featuring predictably superb performances from its leads, this is a thriller ripe for rediscovery. 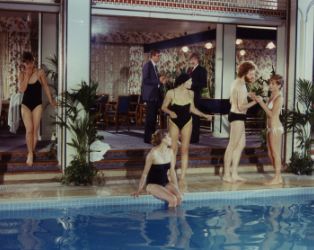