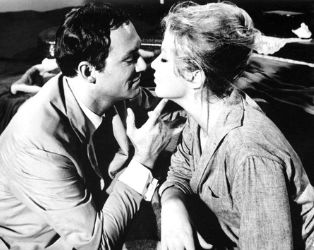 Director Claude Autant-Lara, who would go on to become an MEP of despicable ideology, adapted Highsmith’s third novel, The Blunderer, into what she herself considered ‘a jolly good film’. Walter Saccard (Maurice Ronet) is very unhappily married to Clara (Yvonne Furneaux). His idle interest in the case of bookseller Melchior Kimmel (a pre-Goldfinger Gert Fröbe) becomes something more intense when the accused is acquitted, and Walter, who believes him guilty, strikes up his acquaintance. When Clara is found dead, Kimmel in turn believes Walter responsible, while police suspect the two deaths to be connected in this example of mainstream French cinema during the era of the Nouvelle Vague.