The Talented Mr. Ripley remains arguably Highsmith’s best-known and most popular novel, and introduced the character of Tom Ripley, the charming psychopath who would return in a further four novels. This adaptation, the first for cinema following a television production in 1956, marked the beginning of European cinema’s fascination with her work. When the amoral Ripley (Alain Delon) is hired to persuade playboy Philippe (Maurice Ronet) to return home and take over the family business, his exposure to Philippe’s carefree, hedonistic lifestyle stokes envy, and Ripley decides to assume his identity and life. In changing the ending, the filmmakers incurred Highsmith’s disapproval, as would many others.

This screening will be introduced by Tara Brady of The Irish Times. 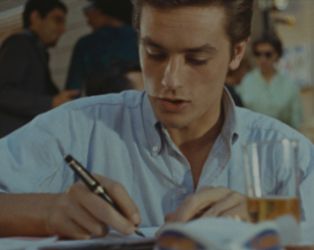