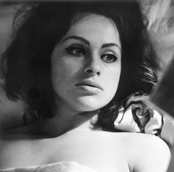 The IFI, in association with the Embassy of the Czech Republic in Ireland, is proud to present ‘Intimate Lighting’, a season of films from the Czech New Wave. Featuring the work of cinematic masters such as Jiří Menzel, Jan Němec, Miloš Forman, Ivan Passer and Karel Vachek, this new season represents a rare opportunity to see these highly influential films on the big screen. The IFI is also delighted to welcome Professor Jaromír Šofr, cinematographer on Menzel’s Closely Observed Trains, for a Q&A and Masterclass.

The films presented in this season were produced during a period of political liberalisation in Czechoslovakia during the 1960s, a time of flourishing artistic creativity which allowed a group of astute young writers and directors to produce a wealth of highly imaginative, politically engaged cinema. The filmmakers featured in this season, most of whom were students of the Prague film school, FAMU, smuggled damning critiques of the government into their state-funded films and hence many were indefinitely shelved or banned outright. A number of filmmakers left the country after the Soviet-led invasion of Czechoslovakia in August 1968.

Kicking off the festival on Saturday 8th at 14.00 is a double-bill featuring Moravian Hellas, a documentary on the Strážnice Folklore Festival directed by Karel Vachek, and Jan Němec’s Diamonds of the Night, in which two unnamed teenage boys flee a German train taking them to a concentration camp. Němec’s second film of the season, A Report on the Party and the Guests, centres on a summer party rudely interrupted by a strange authority figure, and screens on Saturday 22nd.

Miloš Forman’s highly amusing, semi-improvised The Loves of a Blonde screens on Sunday 9th at 14.00, while his Oscar-nominated classic, The Firemen’s Ball, will show on April 29th. When a grand ball is arranged by a small town’s fire brigade in honour of their oldest serving member, the self-serving institute descends into farcical dysfunction.

Intimate Lighting, the festival‘s title film, will be presented on Wednesday 12th at 18.30. A beautifully observed drama of the everyday, that sees Petr, a musician, and his girlfriend, Stepa, travel from Prague to a provincial town where he is due to give a concert. This was the only film directed by Ivan Passer in Czechoslovakia.

Nobody Will Laugh, directed by Hynek Bočan and inspired by a Milan Kundera short story, tells the story of Karel Klíma, a professor at the Academy of Fine Arts who gets himself into trouble when he loses a paper written by an aspiring but hopeless student. The film screens on Wednesday 19th at 18.30.

Director Evald Schorm’s 1969 film, The Seventh Day, the Eighth Night, will show on Wednesday 26th at 18.15. When the stationmaster of an unremarkable Czech village disappears, a group of travelling actors arrive to perform a passion play, which is enough to spark an outbreak of collective paranoia amongst the villagers who begin to question the identity of these alleged actors.

Winner of the 1968 Best Foreign Language Oscar, Closely Observed Trains screens on Sunday 23rd at 20.00. The film that brought the Czech New Wave movement international acclaim tells the story of Miloš, an unambitious 22-year-old signalman in German-occupied Czechoslovakia. His encounters with a variety of characters bring the naive young man into contact with the tragedy of the war. The film’s cinematographer, Professor Jaromir Šofr, will attend this screening and participate in a Q&A.

The following evening, Professor Jaromír Šofr will conduct a Masterclass in the IFI. The focus of the discussion will be Professor Šofr’s work as a cinematographer in 1960s. The Masterclass will provide audiences with information on the conditions for filmmakers in the 1960s Czechoslovakia and provide contextualisation for the films presented throughout the season.

Closing the season on Sunday, April 30th at 14.00 is Juraj Herz’s The Cremator. Made hastily during the Prague Spring of 1968, Herz’s nightmarish tale centres on a fanatically zealous cremator who believes he is releasing the souls of the dead for reincarnation. The screening of The Cremator will be introduced by noted costume and set designer, Joe Vaněk.

‘Intimate Lighting’ is presented in association with the Embassy of the Czech Republic in Ireland. For more information about the festival and to buy tickets, click here.

For interview requests and images, please contact Michelle McDonagh (mmcdonagh@irishfilm.ie) at the IFI Press Office on 01 679 5744.