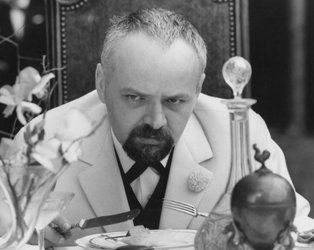 A group of picnickers’ blissful summer’s afternoon is rudely interrupted by the unexpected appearance of a strange authority figure and his henchmen, who coerce the group into joining his bizarre outdoor birthday party, with its sinister rules and arcane formalities. With a surrealist streak redolent of Luis Buñuel, Němec’s second feature is a brilliantly conceived and executed allegory of the corruption of absolute power; it was shelved for two years until the relaxation of censorship during the Prague Spring, after which the Soviets formally banned it forever and it didn’t resurface until the Velvet Revolution of 1989.