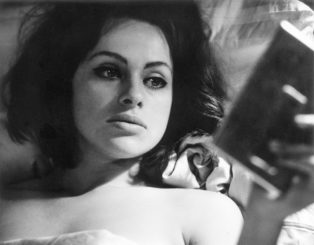 Few cinematic movements have parameters as defined as those of the Czech New Wave – the films presented in this season were enabled during the comparatively relaxed period of political liberalisation in Czechoslovakia during the 1960s, a time of flourishing artistic creativity which came to an abrupt end during the Prague Spring of ’68 as the invading Communist forces reasserted the restrictive regime. This brief window of opportunity led a cadre of astute young writers and directors to act as a barometer, taking the measure of the times through their highly imaginative, politically engaged cinema.

The filmmakers we are focusing on, most of whom were students of FAMU, the Prague film school were smuggling damning critiques of the government into their state-funded films and hence many were indefinitely shelved or banned outright. We must recognise the deliberate aesthetic approach of these films as being symptomatic of a society emerging from a period of cultural conservatism, and as such they are mordant, slyly subversive slices of life under communism. Influenced by the subjectivity of the French New Wave and the cinema verite of Italian Neorealism, Czech directors used non-professional actors, improvised dialogue, allegorical subjects, spiky, associative editing and edgy camerawork to create highly personal and distinctive filmmaking styles.

Professor Jaromir Šofr, cinematographer on two titles in this season as our guest of honour; Prof. Šofr will participate in a discussion following Closely Observed Trains on Sunday 23rd April and in a career master-class on the evening of Monday 24th.