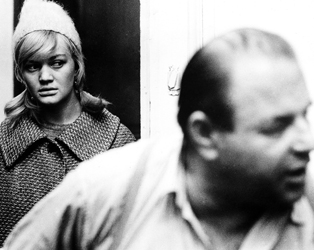 Andula works at a shoe factory near Prague; at a dance held for local army reservists she meets and falls for Milda, a young piano player. Some days later she hitchhikes unannounced to Milda’s home where his exasperated parents are forced to reveal their uncertainty as to their son’s whereabouts. Displaying a canny ear for the rhythms of speech, Miloš Forman’s poignant tale of thwarted romantic idealism foregrounds long, semi-improvised and often highly amusing dialogue exchanges between the principals, for whom the director has clear sympathy in spite of their manifest flaws.