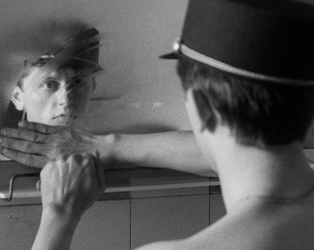 Miloš is an unambitious 22-year-old student who starts work as a signalman at a train station in German-occupied Czechoslovakia. His encounters with a variety of characters, especially Máša, to whom he is failing to lose his virginity, and sundry Nazi collaborators and resistance fighters bring the naive young man into contact with the tragedy of the war. Winner of the 1968 Best Foreign Language Oscar, Closely Observed Trains brought the Czech New Wave international acclaim.

Professor Jaromír Šofr, the film’s cinematographer, will participate in a post-screening Q&A hosted by IFI Head of Programming David O’Mahony.