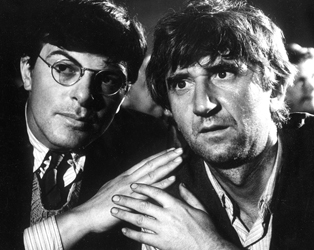 The stationmaster of an unremarkable Czech village disappears one day; almost simultaneously a travelling group of actors arrive to perform a passion play, which is enough to spark an outbreak of collective paranoia amongst the villagers who begin to question who these alleged actors really are. Suspicions are turned inward and soon nobody is to be trusted. A direct response to the Soviet occupation of 1968, Schorm’s pointed allegory was instantly banned by the authorities and didn’t receive its premiere until 1990, by which time the director had sadly passed away.