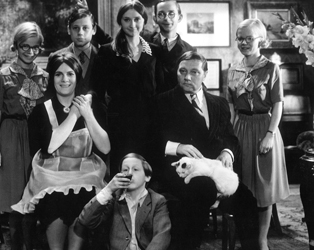 Made hastily during the Prague Spring of ’68, Herz’s nightmarish tale of Karl Kopfrkingl, a fanatically zealous cremator who believes he is releasing the souls of the dead for reincarnation, is finally receiving the recognition it deserves. The setting is the late 1930s, the time of Hitler’s invasion of Czechoslovakia, the invading force onscreen being referred to only as The Party, an ambiguity designed to provoke the Soviet censors at the time of the film’s release. Kopfrkingl’s gifts for cremation attract the attention of the Nazis who see a potential role for him in their new regime.