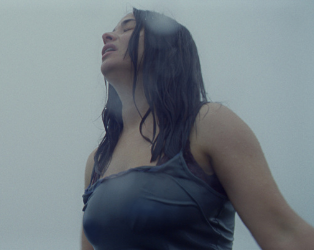 September at the IFI

August 31st 2021: This September, the Irish Film Institute (IFI) presents a lineup of Irish and international new releases at the IFI, including Wildfire and Copilot. In special events, the IFI and GAZE Film Festival are delighted to present an in-cinema screening of The Novice. The annual IFI Documentary Festival will take place this year from September 20th – 26th, with a wide selection of documentaries available to view in IFI Cinemas and online on IFI@Home nationwide.

Coming to the IFI this month is a wide-ranging selection of international features, including Annette, the latest feature from director Leos Carax which centres on a celebrity couple as they come to terms with their daughter’s mysterious gifts; and Misha and the Wolves, focusing on the memoir of ‘Holocaust survivor’ Misha Defonseca and the lawsuit that unravelled it all, both screening from Friday 3rd. Copilot, a fictionalised account of the relationship between one of the 9/11 terrorists and his wife, also streaming on IFI@Home; Sweet Thing, which tells the tale of two siblings on an adventure as they escape an abusive household; and British classic The Servant, which follows a servant with a hidden agenda, are both available to watch in IFI Cinemas from Friday 10th.

Mark Cousins’s latest feature The Story of Looking, which follows the director as he prepares himself for corrective eye surgery (also available to watch nationwide on IFI@Home), and newly remastered The Maltese Falcon, will screen in IFI Cinemas from Friday 17th. New documentary The Alpinist, which focuses on solo climber Marc-André Leclerc and his daring escapades, shows in the IFI from Friday 24th.

On Sunday 5th, the IFI is proud to present a special screening of Debut, a new documentary from filmmaker Brendan Byrne which follows up-and-coming musician Ryan McMullan as he works on his debut album, and is forced to wait as COVID-19 derails its release plans. In partnership with aemi, on Wednesday 15th the IFI is screening a special programme of short films: Free from Near or Far. These short films challenge and collapse the concept of ‘near and far’, and have been personally selected by filmmaker Pat Murphy, who will introduce the programme on the night.

This year’s IFI Documentary Festival opens on Monday 20th with a cinema-only screening of Ross Killeen’s Love Yourself Today, depicting Dublin’s own Damien Dempsey and the spiritual power of his music. The festival will close on Sunday 26th with IFTA-winning Breaking Out: The Remarkable Story of Fergus O’Farrell from director-producer Michael McCormack, which tells the profoundly moving story of a seminal figure in the Irish music scene. Other titles screening as part of this year’s online and in-cinema programme include winner of Best Irish Documentary at the 33rd Galway Film Fleadh, Pure Grit, screening in-cinema and online on Friday 24th, and Alex Fegan’s The Irish Wedding, which celebrates a diverse community of brides and grooms across the country, screening in the IFI and online, nationwide on Sunday 26th. The full programme of screenings, both in-person and online, can be seen here.

From September 29th, the IFI & GAZE International LGBTQ+ Film Festival screen a vast selection of films focusing in on LGBTQ+ experiences and narratives, including award-winning opening film The Novice, a familiar queer story of self-determination and personal strength, dashed with the psychological-thriller and flecks of horror, screening in IFI Cinemas.

The IFI is delighted to present two very different documentaries, The Magnitude of All Things and The Biggest Little Farm, which both share a common environmental theme, in association with Dublin Climate Action Week 2021. Both films are available to rent on IFI@Home from Monday 13th to Sunday 19th.

Online on IFI@Home this September, new release Shorta, which centres on the aftermath of a young man’s death in Danish police custody, is available to stream from Friday 3rd. Dark comedy The Toll, a Welsh take on the Spaghetti Western starring Iwan Rheon, and Irish horror comedy Boys from County Hell, which centres on a small village’s fight against an Irish vampire, are both available to rent on IFI@Home from Thursday 9th. Newly-released horror Censor, starring Niamh Algar and focusing on a censor’s ongoing obsession with the childhood disappearance of her sister, will be available to watch on IFI@Home from Monday 20th. Recent IFI releases Another Round, which follows four teachers as they embark on an experiment to maintain a constant level of intoxication, and Supernova, which depicts one couple’s struggles to cope following a dementia diagnosis, are available to watch across Ireland on IFI@Home from Monday 27th.

New Irish releases coming to the IFI this month include Wildfire, the debut feature from IFTA-winning director Cathy Brady starring Nora-Jane Noone and the late Nika McGuigan, screening from Friday 3rd. Phyllida Lloyd’s latest release, Herself, which tells the tale of a mother of two as she builds her own home from scratch following the end of an abusive relationship, comes to IFI Cinemas on Friday 10th. Rose Plays Julie, written and directed by Joe Lawlor and Christine Molloy and following a young woman as she searches for the truth of her origins, screens in-cinema from Friday 17th. Following its screenings at the Tribeca Film Festival and Virgin Media Dublin International Film Festival, new sci-fi-flavoured documentary Father of the Cyborgs arrives to IFI Cinemas on Friday 24th.

Tickets for new releases and special events will be on sale from the IFI Box Office on (01) 6793477 and from www.ifi.ie, as per the IFI’s Weekly Schedule. Online rentals from IFI@Home are available at www.ifihome.ie.

FROM FRIDAY 3RD
Annette
Misha and the Wolves
Wildfire

FROM FRIDAY 10TH
Copilot
Herself
Sweet Thing
The Servant

WEDNESDAY 15TH
IFI & aemi: Free From Near or Far

FROM FRIDAY 24TH
Father of the Cyborgs
The Alpinist