MISHA AND THE WOLVES

In the early 1990s, Misha Defonseca recounted her experiences as a seven-year-old girl during the Holocaust, who was forced to fend for herself under extreme conditions when her parents were arrested and deported by the Nazis. She set out to find them, walking from Belgium to Germany, surviving on earthworms and insects, befriending a pack of wolves, evading constant threats, and living by her wits. On hearing her astonishing account, a local publisher persuaded Misha to write her story as a memoir. The book took the world by storm, with Disney picking up the film rights, but a feud between Misha and her publisher-turned-detective exposed the shocking truth behind Misha’s narrative. Re-enactments, interviews, and archival footage stylishly blend to tell a vivid story about truth, deception, and self-preservation in director Sam Hobkinson’s engrossing film that asks where the line blurs between victim and perpetrator. 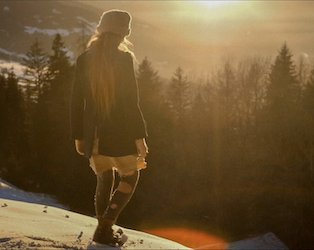