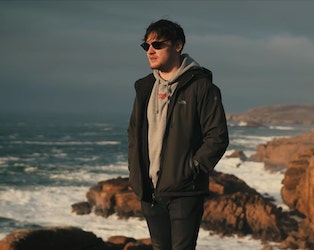 Ryan McMullan and his musical team gather on Cruit Island, Co Donegal for an intense 4-day recording and listening session as they work on Ryan’s debut album, a pivotal moment in his career. Against the majestic landscape, we meet singer/songwriter Ryan McMullan, his mentor, artist Foy Vance, manager/drummer Paul ‘Hammy’ Hamilton and producer Eoin O’Callaghan (Elma Orkestra) and watch as Ryan’s song-writing and vocal ability are given full flight. The retreat is punctuated with scenes from Ryan’s career to date – his tour with Ed Sheeran and his friendship with Snow Patrol’s Gary Lightbody. When the album plans are derailed by Covid-19, Ryan is forced to sit tight until the gloom of the pandemic lifts – waiting eagerly until his message can be unleashed on the world stage.