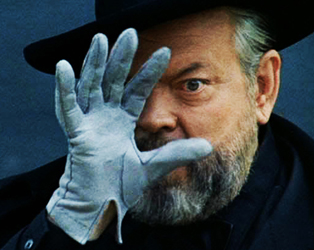 THE EYES OF ORSON WELLES COMING IN AUGUST

A SEASON OF FILMS AT THE IFI

July 26th 2018: To coincide with the release of new documentary The Eyes of Orson Welles on August 17th, and the visit of its director Mark Cousins to the Irish Film Institute on August 22nd, the IFI presents a season of films from August 11th to 29th which examine the work of Orson Welles within a broader cinematic context. The films selected have been split into three distinct categories: films that inspired Welles, films inspired by Welles, and work from Welles himself.

Speaking about the season, IFI Cinema Programmer Kevin Coyne commented, ‘To encapsulate the mercurial Orson Welles, his work, and his influence is to try to catch lightning in a bottle, but we hope that this season offers some insight into the creation and impact of his practically peerless body of work.’

While it is undeniable that Welles’s approach to cinema was as startlingly innovative as his work in theatre and radio had been, the notion that he stood a fully formed filmmaker on his first day on the set of Citizen Kane is misleading. The first three films show the profound influence that other filmmakers had upon him.

The season opens with Sergei Eisenstein’s iconic Battleship Potemkin. Like Welles, Eisenstein began his career in theatre, and on moving into film made an immediate and definitive mark on the future of the medium. Eisenstein used Potemkin to test his theories of montage, believing that careful editing would elicit the desired emotional responses from audiences. Charlie Chaplin’s City Lights will screen the following day, Sunday 12th, a film Welles often referred to his as favourite.

Welles was said to have once commented, ‘I prefer the old masters, by which I mean John Ford, John Ford, and John Ford’. As such, the season wouldn’t be complete without a film from Ford, and his 1939 classic Stagecoach will screen on Wednesday 15th, which Welles claimed to have seen 40 times before he made Citizen Kane.

The next three films screening are Welles’s most iconic: Citizen Kane, The Magnificent Ambersons, and Touch of Evil, which will screen on Saturday 18th, Sunday 19th, and Thursday 23rd respectively; Kane and Ambersons will both screen in 35mm.

The final three films to show as part of the season will be Stanley Kubrick’s 1956 heist movie The Killing starring Sterling Hayden, a thriller which is reminiscent of Welles in its framing and lighting; Paul Thomas Anderson’s epic There Will Be Blood, featuring an Oscar-winning turn from Daniel Day Lewis, echoes Welles’s own preoccupation with corruption and megalomania; and Sarah Polley’s extremely personal documentary Stories We Tell, which lays bare the copious secrets and foibles of her parents’ marriage and which takes some of its flourishes from Welles’s 1973 F for Fake.

Tickets for the Orson Welles season are now on sale from the IFI Box Office on 01-6793477 or from www.ifi.ie. Tickets for Mark Cousins’s Q&A hosted by Donald Clarke on Wednesday 22nd are also now on sale.

For more information including high-res images, please contact Stephen Boylan at the IFI Press Office on 01-6795744 or sboylan@irishfilm.ie.