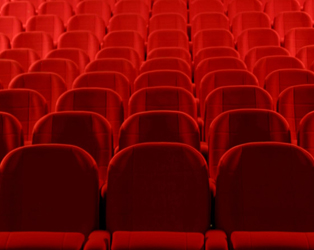 FEBRUARY AT THE IFI

A VISIT FROM KENNETH BRANAGH, A SECOND CAREERS IN SCREEN DAY, AND THE CHINESE NEW YEAR HEADLINE FEBRUARY AT THE IFI

Following a packed January, February at the IFI shows no signs of slowing down with a visit from a legendary director, new Irish documentaries with Virgin Media Dublin International Film Festival, plus two new Oscar-nominated dramas.

On Friday 8th, the IFI is delighted to welcome Kenneth Branagh for a Q&A following a screening of All Is True. Branagh, who most recently appeared at the IFI in Christopher Nolan’s 70mm epic Dunkirk, directs and stars in this new film which focuses on Shakespeare’s later years as he returns to his home in Stratford-upon-Avon following the destruction of his beloved Globe Theatre. There, he must confront both his estranged family and the unresolved grief resulting from the death of his 11-year-old son. Branagh will be in conversation with Donald Clarke of The Irish Times.

February also brings our annual collaboration with Virgin Media Dublin International Film Festival, which this year sees the return of Careers In Screen Day on Thursday 28th following last year’s hugely successful inaugural event. The day, aimed at Senior Cycle second-level students aged 15 to 18, is an opportunity for students to hear from a whole variety of industry practitioners, to learn about their work, how they got there and what advice they might give to young people starting out. The first confirmed guests for 2019 are Oscar-nominated director Lenny Abrahamson and Emmy-winning costume designer Consolata Boyle.

Also screening as part of the VMDIFF 2019 programme are two new Irish documentaries, funded as part of the Arts Council’s Reel Art scheme. Feargal Ward and Adrian Duncan’s Floating Structures examines ethereal buildings across central and southern Europe which draw on the ideas and visions of the great Irish architect Peter Rice, while Paul Duane’s What Time Is Death? centres on Bill Drummond and Bill Cauty, formerly of the KLF, as they construct ‘The People’s Pyramid’, a structure whose bricks are manufactured from people’s remains. Both screenings will be followed by Q&As with the directors.

As part of the Chinese New Year Festival, the IFI, in association with the East Asia Film Festival Ireland, presents a screening of Yuan Qing’s Three Adventures of Brooke. The film, which screened at last year’s Venice Film Festival, is a delicate and playful feature that introduces us to Brooke, a young woman from Beijing who has three separate encounters on the same day in the same place and who assumes a different fictional identity each time.

Our Irish Focus screening for February is the latest film from acclaimed playwright Paul Mercier. We Ourselves is a formally unconventional film dealing with the lives of a group of seven friends over a period of more than two decades. In consecutive monologues, the film tells the story of Irish characters who worked together in Germany before separating to develop their individual lives and careers. The cast includes Seána Kerslake, Catherine Walker, Aidan Gillen and Declan Conlon, and the screening will be followed by a Q&A with Paul Mercier and guests.

Barry Jenkins follows-up the triumphant Oscar-winning Moonlight with his touching Oscar-nominated drama If Beale Street Could Talk, which centres on a couple whose young romantic life is thrown into disarray by a miscarriage of justice; a special Valentine’s Day preview of the film will take place on Thursday 14th. Also heading to the Oscars as a nominee for Best Foreign Language Film is Nadine Labaki’s Capernaum which screens from Friday 22nd. This emotive drama follows a young boy who sues his parents for bringing him into a world that has shown him so little love and such considerable hardship. Anchored by a mesmerising performance from young actor Zain al Rafeea, Capernaum won the Jury Prize at last year’s Cannes Film Festival.

Finally, for foodies, our great value Meal Deal continues throughout the month: guests can avail of an IFI Café Bar main course and any standard screening ticket for just €19. The IFI also has a very special Valentine’s offer with a three-course dinner for two plus a bottle of prosecco for just €35 per person – full details of the menu are available here.

Tickets for all events are now on sale from www.ifi.ie. Tickets for the VMDIFF 2019 Reel Art screenings are only available from www.diff.ie. Valentine’s Night dinner can be booked at the IFI Café Bar on 01-6798712 or cafebar@ifi.ie.