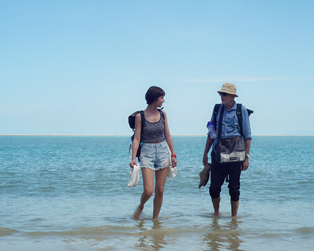 Due to circumstances beyond our control, the screening of Qiu Sheng’s Suburban Birds has been CANCELLED. In its place, we will screen Yuan Qing’s Three Adventures of Brooke.

Yuan Qing’s delicate, playful feature debut takes us on three possible stories of discovery with Brooke, a young woman from Beijing while she visits Alor Setar, a beautiful city in Northern Malaysia. Three encounters, three adventures, each one on 30 June, and in the same place, as Brooke cycles on a country road, stopped by a puncture, prompting a chance encounter. Each time she meets somebody new, she presents herself with a fictitious identity. What mysterious secrets are hidden as she travels these unexpected journeys?

The screening will follow the announcement of the programme for the 3rd East Asia Film Festival Ireland (第三届爱尔兰东亚电影节), 11-14 April 2019 (2019年4月11日－14日). See eaffi.ie for more details.