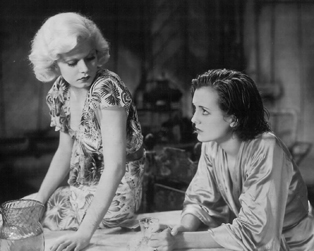 From a time when ‘women’s pictures’ were the backbone of Hollywood studios, and countless films were released centering on strong female characters, albeit in a man’s world, comes this steamy smash hit starring Clark Gable and Jean Harlow.

Gable earned the sobriquet ‘King of Hollywood’ because he was a swoon merchant with women and a role model for men. This film confirmed his reputation, released during the Pre-Code era, when censors eased restrictions so that studios might recoup ticket sales lost in the Depression. Gable plays a manager of a rubber plantation who first has an affair with Vantine (Harlow), before taking up with Barbara Willis (Mary Astor).