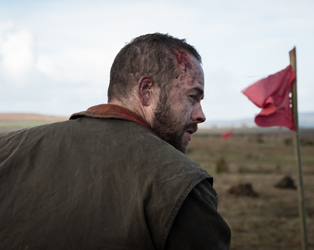 EAST ASIA FILM FESTIVAL IRELAND, RARE PERSPECTIVES ON THE TROUBLES, AND EDNA O’BRIEN ON FILM LEAD THE WAY IN APRIL AT THE IFI

March 27th 2019: A busy April at the IFI sees the East Asia Film Festival Ireland back for its third edition, a rare opportunity to see films looking at international perspectives on the Northern Ireland Troubles, Edna O’Brien’s The Country Girls trilogy on screen, and the return of a Monty Python classic.

Once again, the East Asia Film Festival Ireland (EAFFI) will celebrate the diversity, artistry, and variety of filmmaking from East and South East Asia over four days from April 11-14th. This year’s line-up includes award-winning filmmakers such as Ying Liang, Zhang Ming and Ryusuke Hamaguchi. The festival will also welcome its 2019 guests of honour, director Tsai Ming-Liang and his long-time collaborator, actor Lee Kang-Sheng, to screen three of their collaborations and take part in a Masterclass, moderated by renowned critic Tony Rayns.

Northern Ireland – Our Battle of Images, a season of rarely-seen alternative perspectives on the Troubles, will run from April 6th-30th. Featuring films from France, the United States, England and Switzerland, the season provides a fascinating alternative look at how the conflict was viewed beyond this island. Many of the films have not screened in Ireland since their initial circulation, and all will be presented collectively here for the first time.

Screening as part of the programme will be Armand Gatti’s The Writing on the Wall, Marcel Olphus’s A Sense of Loss, Pat Murphy’s drama Maeve, Arthur MacCaig’s Irish Ways, and MacCaig’s son Dónal Foreman’s The Image You Missed; Foreman has curated the season in association with the IFI.

To coincide with Dublin City Council’s annual One City One Book initiative, the IFI will screen the film adaptations of Edna O’Brien’s The Country Girls trilogy on consecutive Wednesdays from April 3rd. With screenplays written by O’Brien and each directed by Desmond Davis, the films feature an array of moving performances from Rita Tushingham, Lynn Redgrave, Sarah Miles, Maeve Germaine and Jill Doyle, Peter Finch and Sam Neill. The Country Girl, introduced by Dr Ruth Barton of TCD, screens on Wednesday 3rd, with Girl With Green Eyes following on Wednesday 10th, and I Was Happy Here, introduced by artist Fiona O’Dwyer, on Wednesday 17th.

April sees the launch of the Loopline Collection on the IFI Player and to celebrate this important milestone, the IFI is delighted to host a public interview with filmmaker Sé Merry Doyle on Tuesday 23rd at 18.30. Established by Merry Doyle in 1982, Loopline quickly established itself as one of the most important media production companies in Ireland, producing many acclaimed documentaries and TV series. The interview will be moderated by film archivist Eugene Finn.

Cathal Black’s latest documentary, focusing on the life of 80-year-old activist Máirín de Búrca, will screen as part the IFI’s Irish Focus strand. A Loner’s Instinct takes the audience from de Búrca’s childhood in Chicago, to her membership of Sinn Féin, to her role as a founder of the Irish Women’s Liberation Movement, where she was an instigator of the Movement’s famous Contraceptive Train; she was also a prime mover in a legal case which secured for women the right to sit on juries. The screening on Monday 8th will be followed by a Q&A with Black and de Búrca.

The IFI will also host an opening night Q&A for Andy Tohill and Ryan Tohill’s acclaimed new drama The Dig on Friday 26th. Callahan (Moe Dunford) has just finished his prison sentence for the murder of his girlfriend, committed when he was blackout drunk. Since he has no memory of the event, his victim’s father Seán (Lorcan Cranitch) has spent the intervening 15 years painstakingly digging his way through the bog on Callahan’s land in a relentless quest to locate his daughter’s remains. Callahan ultimately joins the search, hoping that both might find some measure of closure. Participating in the Q&A will be the directors Andy Tohill and Ryan Tohill, producer Brian Falconer, and star Moe Dunford.

Our Bigger Picture choice for the month is Mike Nichols’s 1986 romantic drama Heartburn starring Meryl Streep and Jack Nicholson. Rachel is a pregnant food writer who discovers that her husband Mark is having an affair. She struggles to credit his subsequent disavowal of his mistress as they attempt reconciliation. The screening will be introduced by Emilie Pine, bestselling author of Notes To Self, the 2018 Irish Book Awards Book of the Year.

New releases throughout the month come in the shape of Jacques Audiard’s adaptation of Patrick de Witt’s novel The Sisters Brothers; Isabelle Huppert and Chloë Grace Moretz in Neil Jordan’s Greta, Tom Harper’s Wild Rose starring Jessie Buckley, and heart-stopping documentary Last Breath. From further afield come Alice Rohrwacher’s Happy as Lazzaro, Paolo Sorrentino’s Loro, Sergei Loznitsa’s Donbass, Wolfgang Fischer’s Styx and Jia Zhangke’s Ash Is Purest White. For one night only, the IFI will also screen Ivan I. Tverdovsky’s Jumpman, which focuses on a young boy (Denis Vlasenko) who is exploited by his mother due to his immunity to pain.

Finally, the riotous Monty Python’s Life of Brian returns for a special screening on Thursday 18th at 20.30. This classic, banned in Ireland on its initial release, follows the luckless Brian who is born in the stable next door to Jesus who eventually comes to be mistaken for the Messiah. Ticketholders will receive a special 40th anniversary gift pack.

Our great value Meal Deal continues throughout the month: guests can avail of an IFI Café Bar main course and any standard screening ticket for just €19.

Tickets for all events are now on sale from www.ifi.ie.