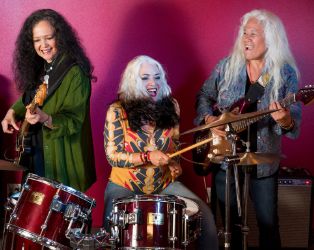 RHYTHM OF THE DOC: MUSIC DOCUMENTARIES AT THE IFI THIS AUGUST

July 15th 2022: The Irish Film Institute (IFI) is delighted to present a new season of music documentaries, Rhythm of the Doc, August 5th – 30th. This short season showcases some of the most influential musicians and filmmakers of the last few decades, from Lou Reed to Fanny, from Martin Scorsese to Spike Lee. Tickets are on sale now from ifi.ie.

Speaking about curating this celebratory season of music documentaries, Cinema Programmer Kevin Coyne said, ‘As audiences rediscover the communal joy of live music after the pandemic years, this season offers fans the chance to share their passions in a different way, with big screen outings for these fascinating, exhilarating, and influential acts’.

The season begins on Friday 5th with Danny Garcia’s new documentary on the legendary Max’s Kansas City nightclub, Nightclubbing: The Birth of Punk Rock in NYC, accompanied by Sid: The Final Curtain, a new short film documenting the final performance of Sid Vicious at the nightclub in September 1978.

Screening on Tuesday 9th is a meditation on the artistic process, In a Silent Way, following the artistic journey of the band Talk Talk, and their creative move from synth-pop to post-rock.

Fanny: The Right to Rock, the Canadian documentary on one of the first all-female garage bands, screens on Tuesday 16th. Directed by Bobbi Jo Hart (Rebels on Pointe), the film shows how Fanny faded from view before reforming and once again blazing a trail.

Screening on Saturday 20th is 1991: The Year Punk Broke, the 1992 documentary about Sonic Youth’s 1991 European tour, directed by David Markey.

Screening on Thursday 25th, Ed Lachman’s Songs for Drella is a once-lost austere documentary following the collaboration of former bandmates Lou Reed and John Cale, which laid the groundwork for the subsequent Velvet Underground reunion.

Other seasons screening in-cinema at the IFI this August include Pre-Code Hollywood: Rules were Made to be Broken and When Europe Made Hollywood.

Tickets are on sale now from www.ifi.ie/music-docs