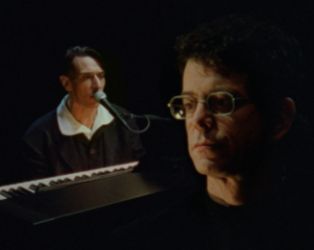 Following his legendarily acrimonious departure from The Velvet Underground, the rancour between John Cale and Lou Reed waxed and waned over the following decades. It was only following the death of Andy Warhol in 1987 that the two reached a rapprochement sufficient for the recording of Songs For Drella in his honour. Before recording, the song cycle was performed on a handful of occasions in New York. Filmed at that time, without an audience present, Ed Lachman’s film is a spare, austere document of the event, with little to distract from the performances of Reed and Cale that laid the groundwork for the subsequent Velvet Underground reunion.