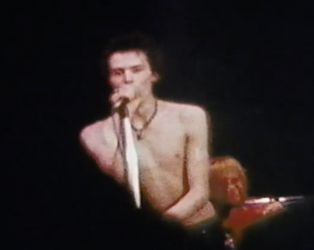 This is the story of Max’s Kansas City (1965-1981), the legendary New York nightclub that had an indelible impact upon the city’s exploding cultural scene. It was where Andy Warhol held court, and where artists, actors, filmmakers, models, writers, assorted criminals and countless musicians, from Lou Reed and the Velvet Underground to David Bowie and The New York Dolls, to Iggy Pop, Bruce Springsteen, and Bob Marley performed, overindulged, and mingled in its famous back room. Max’s was also an early safe haven for the city’s LGBTQ crowd.

The film is accompanied by Sid: The Final Curtain, a new short film documenting the final performance of Sid Vicious at Max’s in September 1978.