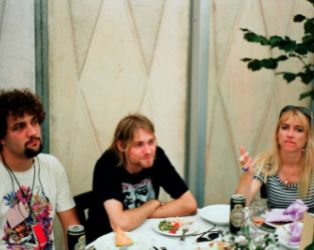 Thirty years since its release, Dave Markey’s document of Sonic Youth’s 1991 European tour, which saw the band play Dublin and Cork supported by a then little-known band named Nirvana, is still a viscerally thrilling portrait of a specific moment in musical culture, when the alternative was about to join the mainstream on its own terms. Based predominantly around lo-fi live footage of the two bands, the film also features appearances from Babes In Toyland, The Ramones, Dinosaur Jr., and Courtney Love, both on stage and in candid backstage and behind-the-scenes footage that gives audiences a glimpse into the monotony and spontaneity of life on the road.