Following a world tour for the release of his American Utopia album, former Talking Heads frontman David Byrne adapted the show for a Broadway run. Following in the footsteps of Jonathan Demme and Stop Making Sense (1984), Spike Lee’s filmic record of the performance stands in service to the singer’s artistic expression, themed around the need and search for human connection. Impeccably and beautifully choreographed by Annie-B Parson for Byrne and his 11-strong ensemble, it is an exuberant and joyful performance that features songs from across his career, and a genuinely exhilarating spectacle, one sure to leave viewers happy. 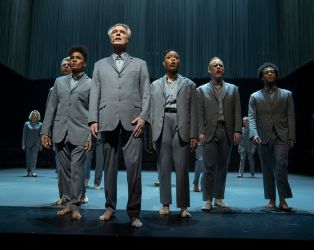