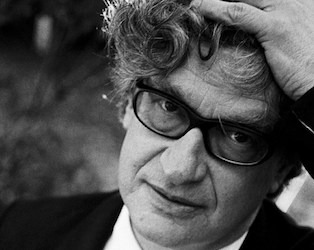 WIM WENDERS: KING OF THE ROAD

Coming to cinema via a long and winding road that included studies of medicine, philosophy, and a stint as an engraver, Wim Wenders released his first feature, Summer In The City in 1970. Although he would later speak of his first films as derivative (perhaps surprisingly, this includes 1972 The Goalkeeper’s Fear Of The Penalty), the themes that would recur throughout his subsequent work were already apparent; perhaps inspired by his youth in a divided country, Wenders’s films explore the individual’s isolation and alienation within society, the relationship between time and memory, the lure of the concept of America, and the determined search for a vague something that keeps his characters in constant, restless movement. These German films, shot by Robby Müller, the first in a line of frequent collaborators that includes Ry Cooder, saw Wenders assume a leading role in the New German Cinema movement, and afforded him the opportunity to explore American myths on screen, as in Paris, Texas. Now equally acclaimed as a documentary filmmaker, Wenders’s body of work makes for an extraordinarily rich viewing experience, as presented in this short season to take advantage of 4K digital restorations of some of his films.