WIM WENDERS: ALICE IN THE CITIES

Three features into his career, Wenders suffered a crisis of confidence, believing his previous films to be either too indebted to their influences or outright unsuccessful. His decision to make something more personal and more identifiably his own resulted in Alice In The Cities, which was itself almost derailed before extensive rewrites after the release of Peter Bogdanovich’s Paper Moon (1973), which Wenders feared rendered his putative project irrelevant. Foreshadowing elements of Paris, Texas, it sees Philip (Rüdiger Vogler), a journalist suffering writer’s block travelling around America in the company of an unfamiliar, abandoned child, Alice (an unforgettable Yella Rötlander). 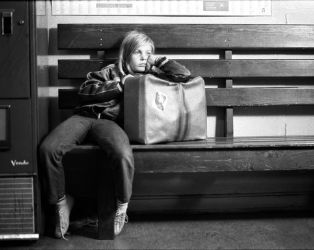