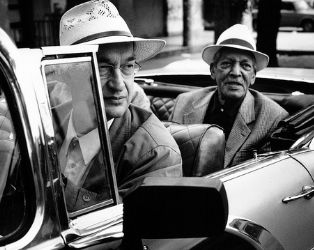 Although Wenders has always dabbled in documentary, with excellent examples including Lightning Over Water (1980) and Tokyo-Ga (1985), the latter part of his career has, like that of countryman Werner Herzog, seen him gain a mastery of the form that produces much better results than those of his recent fiction features. This shift can be traced back to the joyous Buena Vista Social Club, a project that came about thanks to the enthusiasm of Ry Cooder, a frequent collaborator of Wenders. His work with a group of elderly Cuban musicians resulted in an internationally successful album, the heartwarming aftermath of which climaxes at Carnegie Hall.