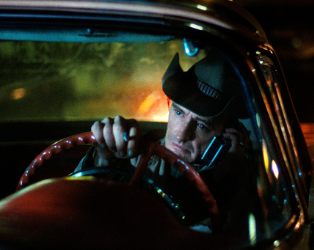 Blending elements from two titles in Patrica Highsmith’s Ripliad, Ripley’s Game and its predecessor, Ripley Under Ground, Wenders directs Dennis Hopper in the role of the author’s chilling creation, living in Hamburg and involved in an elaborate scheme involving art forgery. Believing himself slighted by picture framer Jonathan Zimmerman (Bruno Ganz), who is suffering from terminal leukaemia, Ripley involves him in an underworld assassination plot. Following the successful completion of this task, Ripley, somewhat unusually, becomes protective of Jonathan, trying to keep him from deeper involvement in underworld machinations. Wenders’s take on the thriller genre, a new field for him, makes for fascinating, atmospheric viewing.

This screening will be introduced by Donald Clarke of The Irish Times.